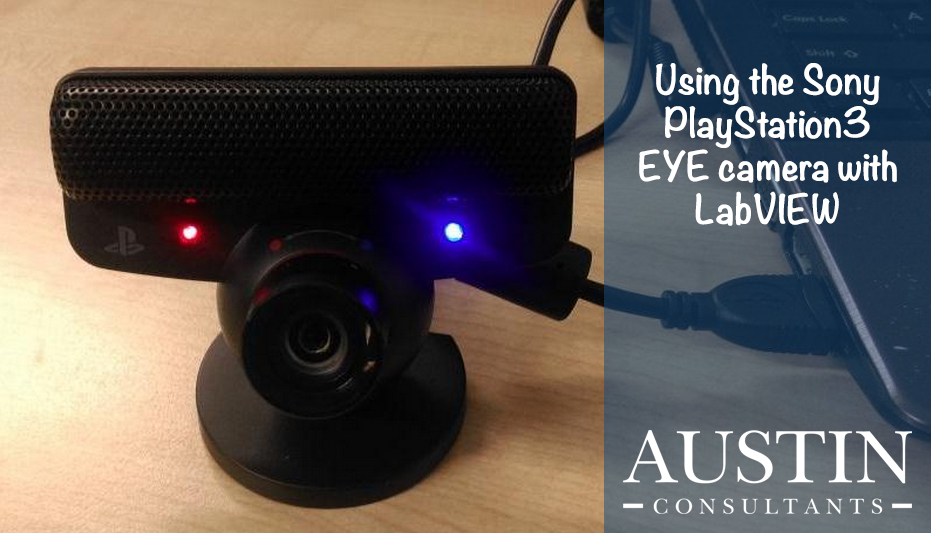 The Sony PS3 EYE camera is a popular choice for computer vision applications due to its low cost and high frame rate capability: up to 75 fps at 640×480 resolution and up to 187 fps at 320×240 resolution. We bought one to have a play with and it only cost us £4.15, including shipping to buy it from Amazon!

Recently, our placement student Petru started working on a project where he wanted to use the PS3 EYE but found that there was no out-of-the box LabVIEW example to go with it, so he decided to write one. (N.B. To get the camera working in Windows he used the Code Laboratories EYE platform driver, which costs $2.99. This driver seemed to be the most popular and he couldn’t find another reliable, free driver online.

This fps corresponds to a new image being acquired every 10 seconds, which was too infrequent and produced a timeout error. Changing the video mode to a sensible frame rate, such as 60 fps, resolved the issues.

Although this VI was written with the PS3 EYE camera in mind, the program can be used as a starting point with other USB cameras too.